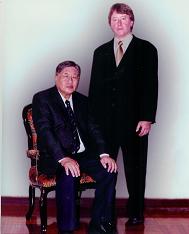 Grandmaster Ip accepts tea from Robert Boyd during the Bai Shi ceremony, signifying the acceptance of Bao Tak Fai as his Disciple.

Although Thierry Bae is internationally renowned as a contemporary dancer and choreographer, he has also been a devoted practitioner and teacher of tai chi chuan for almost thirty years.
Upon being introduced to snake style tai chi, he recognized it to be the original “method” of the Yang family and committed to learning the entire system as taught by Grandmaster Ip Tai Tak.
His aptitude, character, integrity and devotion to the snake style led me to accept him as my First Disciple in May of 2011. 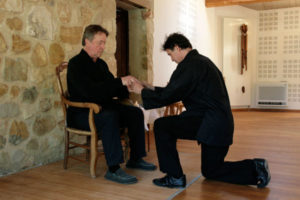